I couldn’t believe this.

Ed Sheeran was told he would never make it.

His songs were no good and his singing was deemed “nothing special.”

So Ed Sheeran decided he would write 1 new song everyday… and everyday he would perform that new song (as well as a handful of others) to any audience he could find.

At coffee shops, at train stations, at strip clubs even.

And he was still no good.

But he was getting a little bit better!

That he wasn’t a grammy winner yet.

He didn’t freak out that he was living dollar to dollar.. just trying to survive.

He knew what he wanted..

As each month passed…

..the 30 new songs he’d wrote each day were slightly better than the previous months’ 30…

Until one day he wrote “The A Team”

Which took off and made him an “overnight” success.

Do you want to know the craziest thing?

Nearly 4 years after choosing to write a new song daily…

He wrote his best one in 15 minutes…

THE LESSON I GET?

And now i realise… the more failed attempts i create…

…the closer i am…

to having the ability to create my “thinking out loud in 15 minutes” equivalent.

So complaining that our first few sales calls didn’t “take off” and i still don’t have a 6-pack is really quite laughable in the scheme of things.

If we’re not willing to work, to suck, to practice or to fail over and over again…

Just something to think about. Now get on the phones and start selling! How to Understand the F45 Studio Member Curve

(And a Smarter Way to Manage Your Community)

How One F45 Studio is Killing It (Three Success Secrets Revealed) 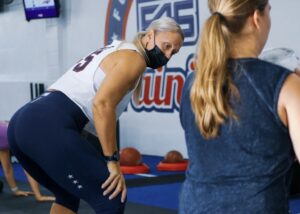 The #1 secret to getting your leads to pickup.

It’s no different in the F45 world. The ones at the top versus the rest. It comes down to #1 thing. The small business mindset. 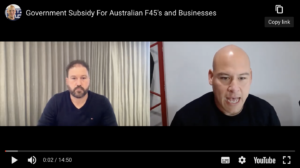